No running in the square please! 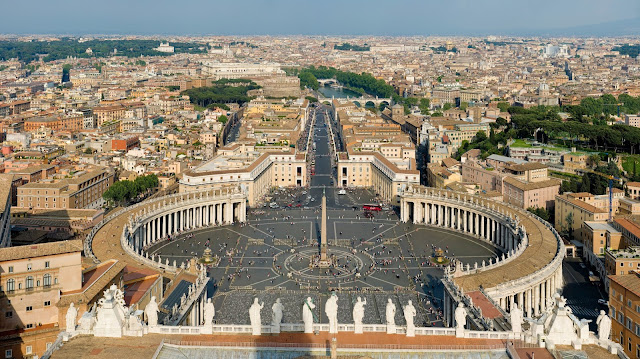 Well, here we are, only a few days to go, and I have to admit I've failed miserably at this regular blog posting thing... It could be worse I suppose, I've at least managed to follow my training programme... Sort of: a few workouts I had to miss; some long runs that I used to try energy drinks, nutrition etc went horribly wrong (to the extent that I had to cut them short). But on the positive side I've found a brand of energy gels that doesn't make my queasy (or better, hasn't yet!) and I think I've found a pace / heart rate combination that I may just about be able to maintain for 42.2km and which should (with a fair wind and no ugly hills) get me to the end in roughly my target time!

In the mean time of course, our host city seems rather distracted from its marathon-hosting duties by the small matter of the Papal election, the culmination of which has conspired to coincide with 'our' marathon weekend, causing no end of headaches to the organisers and the city authorities! And as no-one seems to know when the election will conclude, and therefore the day on which the new Pope will be enthroned, no-one knows exactly what time the Marathon will start on Sunday (morning? afternoon?) and even what route it will follow: According to the latest (12-3-13) statement from the organisers, the race may start at sometime before 9:30 and follow a slightly modified original course; or it may start sometime before 4 in the afternoon, head out on a completely different course through the southern suburbs of Rome, along a section of Via Appia Antica, turn west to (presumably) cross Tiber and then head back north and to the finishing line at the Colosseum. The time limit for completion of the race may be 7 hours or it may be 6 hours, depending on the start time... The only things of which we can be certain at this stage are:

I have to say that I fully understand, and empathise with, the Italian authorities’ predicament; I appreciate the very good communication and frequent updates from Rome Marathon (although I wish they had sent us at least one email to alert us to the issue and had not relied wholly on Facebook and Twitter), but the largest ‘selling point’ of the Rome marathon is its scenic route (described on running forums as probably the most picturesque city marathon), so I do have to say that I am rather disappointed that the route we will run this year will not be the one originally drawn to show the city at its best advantage and that it will exclude one of the race’s highlights, St Peter’s square itself!

But I would be lying if I pretended that this uncertainty had dampened my spirits: I’m looking forward to a holiday after a series of hard weeks at work, months of hard (if sporadic!) training are drawing to a close and only one last run remains to see what they were all for!

I also have slightly mixed feelings about the inclusion of the Appian Way in the route: From previous visits I remember it as a wonderfully picturesque route, but not exactly the smoothest of surfaces to run on... 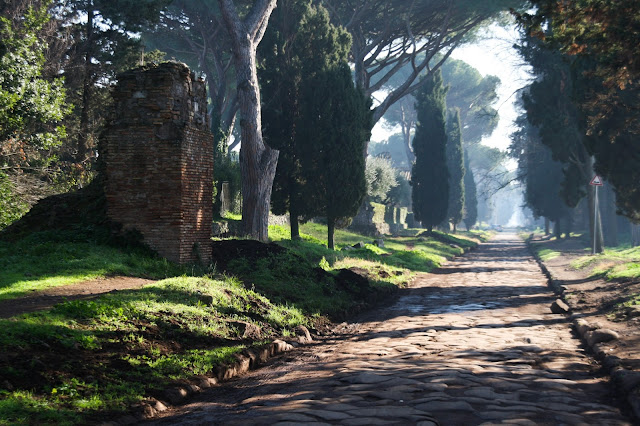 Although I suppose there may well be more gentle (if not as picturesque) sections of it, closer to the heart of Rome, and my concerns (but also hopes for an afternoon run in the Italian counrtyside) be nothing more than comments of an ignorant foreigner!